After a traumatic situation this past September where I found myself at the wrong end of a gun, I took the rest of the week off work in order to gather my thoughts and to escape the city. I’d already hit some of my local favorite trails in the week, so I headed somewhere new. This turned out to be the Sycamore Loop, approximately 8 miles of trail in the Charles Deam Wilderness, an unattached subsection of the Hoosier National Forest- a relatively untrafficked loop, in an obscure part of the forest. It was a perfect place to get away so I threw on some shorts and a t-shirt, filled my water bottle, and headed south.

This portion of the forest, covering almost 13,000 acres, has settler history that dates back to the early 1800s, although Native American history on the land stretches back much further. The settlers cleared the land for farming. About a century later, the Forest Service purchased the land and began work to rehabilitate it, and after about another hundred years, the area is now back to wilderness. The Hoosier National Forest in its entirety covers roughly 290 square miles, but the Wilderness itself is a jurisdictional anomaly: it is in no place actually contiguous the forest, but instead has entire towns in between, including relatively large Bedford. I had trouble finding out where to go for my trailhead, and asked in a gas station there in Bedford off SR-37, and between the attendant and the local who got involved in the conversation, neither had heard of the Charles Deam Wilderness. It turned out to be only a few miles down the road, though, and eventually I arrived. I’d seen some comments online complaining about the amount of spiders along the loop, but paid it no mind; surely these were written by people who were simply not used to the outdoors. 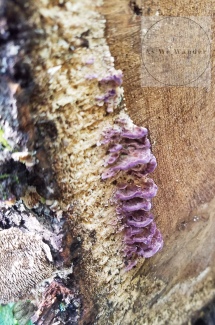 Spoiler alert- there are tons of spiders.

Conveniently, spiders don’t bother me much (although if they bother you, you should probably skip past today’s post). Of all the spiders in Indiana, only two types are dangerous to humans, specifically the brown recluse and black widow, so we can just memorize those two; the rest are harmless enough. The arrowhead orb weaver spiders that call the hardwood forest home are carnivorous, sure, but as they sit boldly on the ephemeral webs they string between branches and trees and across the narrow trail, they are waiting for prey much smaller than a human. Those webs are fantastic constructions, all the more so for being so temporary; they are generally restrung daily. Nevertheless, I tried to avoid the webs, or duck around them, although they were often invisible until I blundered into them. But it was a beautiful day, fall just beginning to make hesitant advances, and I had the forest to explore. Wearing a spiderweb or two was a minor inconvenience. 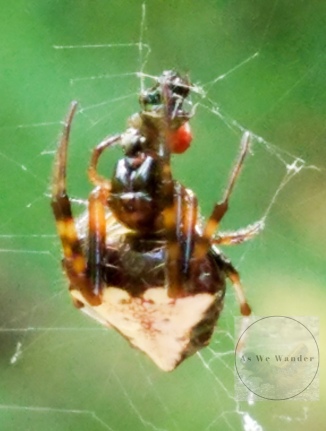 I stopped to watch one spider eating a fly that had the ill-fortune of accepting the invitation to its parlor, and just beyond, I stooped to gawk at a bright purple shelf fungus on a log alongside the trail. A couple of toads hunkered down to camouflage themselves from me as if they were on an epic quest, like Hobbits, and I were the watcheye on the path that irresistibly led on. Deer snorted by. It was one of those eternal moments, perfectly transcendental; and in my bliss, I’d ignored the drone of the horsefly until it had nicked the back of my knee. I waved it away, undoubtedly cursed a bit, and hiked on until the next pretty sight caught my eye. When I paused, the horsefly bit again. I swatted and swore, and blundered into more spiderwebs, and Sam Toad asked Frodo Toad why I was dancing so. Finally, amidst my flailing, I managed to strike my target.

As I gloated over my victory, the next fly descended. And so we continued, like Io of Greek myth and the tormenting gadfly that followed her the world across after incurring Hera’s wrath, frustrated and bleeding and forced ever onward. The spiders were a problem now after all, as I no longer had the leisure to duck around them; confused orb weavers clung to me, their lairs decimated, as I hustled down the trail. Sticky silk coated my skin and a hitchhiker clung to my eyelashes. 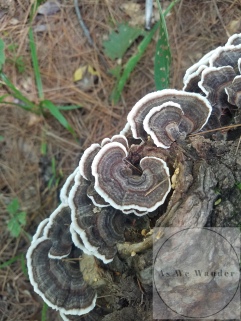 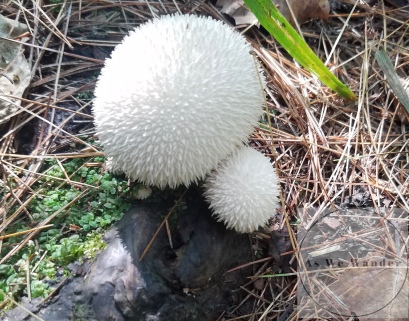 I then passed the first fellow hiker I’d seen all day, strolling down the path serenely in the opposite direction, doubtless slathered in DEET and casually swinging a stick ahead of her to catch the webs.

It’s hard to describe the feeling I had then, although I remember it well, nearly a year later: it’s a sort of existential absurdity, as world pinpoints in to the problem at hand, each grievance seeming just as dire as the last, until that moment of clarity when one realizes that so very little of it actually matters. But its not a feeling of despair- in fact, I may have even laughed to myself, probably to the concern of the other hiker to the state of my mental health.

I didn’t begrudge her the better planning ahead, but neither did I ask if she had any OFF to spare. I hiked on down the trail, accompanied by my tormentor the fly, no longer even breaking stride to pull the spiders off of me, tossing them to my right and left like a deranged Johnny Appleseed. As gloomy days bring out the most dramatic pictures, the frustration of the hike gave it its color. Annoyed though I may have been, while distracted with my horsefly I gave no mind to the sense of post-robbery violation that had made me flee to the wilderness to start with. Discontent drove me out there- but the forest didn’t fail me.